What is a Bare PCB Board

What is a Bare PCB Board

As the name suggests, bare boards are printed circuit boards (PCBs) without the functional components, including the circuitry and through-holes. These boards consist of only a substrate, metal coating, and conductive pathway, forming the foundation for the future PCB.

Bare boards are designed to be configured, so they can be used to test design, concept, and functionality before more expensive components are assembled. Because of this, bare boards offer a lot of benefits in cost and time savings, early defect detection, time-to-market for a competitive edge.

Benefits of a Bare PCB Board

The greatest benefit of a bare PCB board is the cost savings. Concept, design, testing, and basic assembly and fabrication take place early in the process, ensuring that the board is durable and functional. Because problems can be identified early, it prevents money being lost from improper assembly with expensive components.

Another benefit of a bare PCB board is time. Like the cost savings, early prototyping and testing ensures everything functions according to the specifications of the design, so no time is wasted building a full, but ineffective, PCB board. Despite the upfront time investment, the streamlined process can improve the turnaround time and time-to-market.

Finally, without components, boards are easier to test and evaluate. The board’s layout, printing, and surfaces aren’t obfuscated by electrical components or other obstacles, so they can be evaluated on the basis of the layout and design. Any issues in the circuitry or desired components can be assessed and corrected before the full circuit is in place.

What Are Bare PCB Boards Used for?

Bare PCB boards are used for proof-of-concept and as a foundation for a fully functional PCB. Once assembled, a PCB may be used across a variety of industries, including medical devices, automotive components, and consumer electronics.

Some of the specific devices include:

As the manufacturing and assembly processes became more accessible, practical, and cost-effective, more and more products and devices were able to use PCBs.

Ultimately, bare PCB boards are used to test the design and save time and money in the production process, which may occur due to errors or defects. A well-designed bare board can streamline production and eliminate delays or wasted resources.

Why Use Bare Board Testing?

Bare boards are advantageous for their testing capabilities. Once the design is rendered and the bare board moves into the fabrication process, it must be tested for proof-of-concept. Several steps are involved in the fabrication process, including printing circuitry images onto the layers, laminating them (multilayer boards), drilling through holes, and applying solder mask and surface finish. Testing is done to verify and validate each of these measures before the production process continues.

Types of Bare Board Testing

Full PCB production can take weeks, if not months, to complete. High-volume orders may take even longer. If a PCB design proceeds to fabrication, assembly, and mass production with a defect or dangerous failure, the entire project needs to be scrapped and started over. Even if a defect is caught in pre-production phases, it could still be too late to correct the issue.

Bare board testing solves this problem. Testing of bare boards takes place when the foundation of the board and its basic layout are complete. If the bare board passes the test, it indicates that the circuit should function as intended. At that point, manufacturers and designers have the confidence to move forward with the rest of production.

Bare Board Production at Gerber Labs

Whether an experienced engineer or a beginner hobbyist, Gerber Labs is your partner-in-design to turn your project dream into reality. We provide superior bare PCBs for both small- and large-scale production, and we’re here to help you through every step of the process. Contact us today to discuss your project!

10 Tips and Tricks for Printed Circuit Board Design 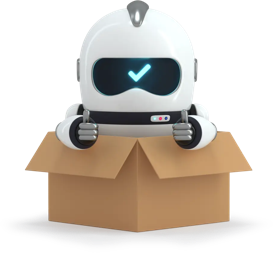 Drop your gerber file here or...